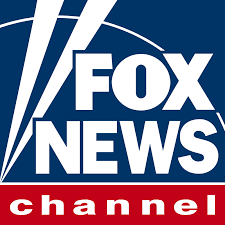 “We write election rules in advance so everybody knows what they are and everybody thinks it’s fair,” J. Christian Adams, president and general counsel at the Public Interest Legal Foundation (PILF), which represents the Virginia Institute for Public Policy (VIPP) in the lawsuit, told Fox News on Wednesday.

“When you start suspending rules in some counties, you run the risk that people don’t accept the results,” Adams warned. “You can’t change the rules in the middle of the game, and that’s what Fairfax is doing.”

“The law says you have to collect this information because it protects the right to vote. It protects the way to vote because it makes sure that nobody’s ballot is obtained by someone else,” Adams told Fox News.

The complaint, filed Tuesday, cites the testimony of Christine Brim, a registered voter. Brim testified that Fairfax County Election Board Chairman Stephen M. Hunt confirmed to her via email that the Fairfax County General Registrar, Scott O. Konopasek, “had instituted a procedure to approve absentee ballot applications on which the applicant has not provided the last four digits of his or her Social Security number.”

“The Constitution of Virginia has an anti-suspension clause. It was written by George Mason, one of the Founding Fathers, and it said that bureaucrats in the executive branch can’t just ignore the law,” the lawyer noted. “They can’t suspend the law. They have to follow the law. It’s the rule of law, not of men, in Virginia.”

The clause in question states that “all power of suspending laws, or the execution of laws, by any authority, without consent of the representatives of the people, is injurious to their rights, and ought not to be exercised.”

Adams noted that PILF won a case “on this exact same constitutional provision” in 2020, when the Virginia Board of Elections was suspending the law by allowing ballots to arrive late with no postmark.

The Fairfax County Board of Elections did not respond to Fox News’ request for comment by the time of publication.